Regarding the Tzadikim it is written (Yirmiya/jeremiah 7:4): They are the heykhal (sanctuary) of Hashem, the shekhina of God rests on them, (Divine majesty). And this, only on two members, the brain and the heart that sleep do not touch. Indeed, when a man sleeps and dreams, the images of his dream are drawn in the brain, as it is written (Shir HaShirim/ Song of the songs): « I sleep but my heart is wide awake  ». Moach (brain) and lev (heart) have the numerical value of eighty six plus the five letters in these two words is ninety one, same value as the words Heykhal Hashem (sanctuary).

Further, thoughts are generated in the brain, and intentions in the heart, both being known only by God. The level of the prophets depends on their sanctity and purity. We know that Moshe was the highest of all prophets meaning that he had reached the highest level of holiness and pureness. This is why the verse says: « in my house » where I reside, in the brain and heart, “he is loyal” in holiness and purity.

For this reason, the impact of Mitzvot and prayers is perfect only if they are accompanied by the right mind set. The sages teach us that a prayer or a mitzvah without the proper frame of mind is like a body without soul.
For example, before eating bread we have to wash our hands. The Netilat Yadaim has to be accomplished with intention. The only act of ablution is not enough to remove the impurity of the hands that will otherwise settle on the food we eat.
Ben Ich ‘Hai, Gallia. 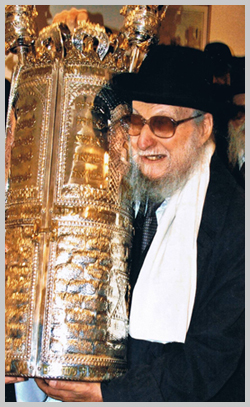 Awaiting to present the biography בע"הof Gaon Hatzadik Harav Nissim Amsellem zatsal together with the summary of his long and wonderful career in Algeria, Morocco, France and Eretz Israel, here to begin, a recent story about the Rav….

It was on a Thursday, May 26, 2016 Shabbat eve.
I needed to do some shopping in town but tired I could not take my own car. A taxi was parked right down my house so I got into it. Well installed, I saw suddenly the picture of the Rav, Zatsal (my father) on the taxi driver cell phone attached to the car dashboard. The Rav was dress all in white, a well-known picture of him taken when he was Sandak.

Curious but without wanting to reveal my identity, I asked the driver if he knew who this Rav was. He replied sharply, “You must not say Rav but “Tzadik Amiti” (Righteous man)” .

Without showing any emotions, I kept on asking him questions. He then told me “If you want to know who this Tzadik from Har Nof is, I will call my friend Reuven and he will tell you a story that happened a few months ago.”

I was very excited and waited impatiently to hear what his friend had to say.
As we were driving to town, the driver called his friend Reuven who told us the following story…. 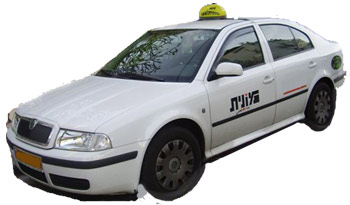 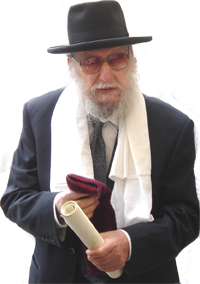 I have a friend who suffered a lot from problems of renal colic. He was therefore brought to a doctor who advised him to undergo a surgery of the kidneys. My friend took an appointment with a well-known surgeon and decided of a date with him.
Some days before the operation, I advised him to get a Berakha from a great Tzadik from Har Nof, Jerusalem that I knew very well. He agreed and we called at the Rav’s house to see if he could receive us. A lady answered and replied that the Tzadik was in bed, very tired but she would check anyway.
(This lady was probably my sister who was taking care of the Rav at the time). Despite his tiredness, the Rav decided to get up and greet us. It was a case of extreme emergency.
And so it was, the day before the operation we were received by the Rav, to get his blessing.

My friend went to seat next to the Rav who offered him some drinks and cakes. He then said:” Rabbi, I am very sorry I am quite in a hurry but I need your blessing for tomorrow. I have to hurry because I still need to go to the health care fund to go get the last papers before my operation.”

The Rav answered him” Please stay calm, you do not need to hurry and get the papers, tomorrow morning you will be healed and in good health with God’s help. Cancel, out of politeness your appointment with the professor who’s waiting for you for many months.” The Rabbi repeated “You do not need surgery anymore, you’ll see tomorrow!”.

Sure enough, the next day my friend did not feel any more pain. He was feeling great! He told his wife “I never felt so good, I drank peacefully my coffee this morning, and I am in good shape”.
He then called the hospital to cancel his appointment. “Really Sir?” asked the secretary. “Yes I really feel great and I think that I do not need an operation anymore.”

Now you understand why it’s not just Rav but The righteous man!

At the end of the story, I finally revealed my identity “I am his eldest son.”
Deeply moved, the driver and his friend asked me for a blessing and Reuven told me that he was ready to introduce me to his friend who had been healed through the prayers of my father.

I answered them “I am not even the dust of my father, who am I to give you a blessing?” But the two men insisted and for the merit of my venerated father I gave them his magic formula.

This article is under Copyright ©