Building a synagogue in Jerusalem 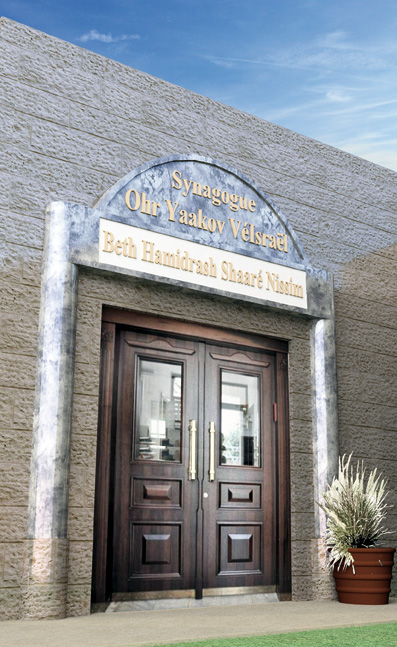 OHR YAACOV VEISRAEL is a synagogue founded by the Gaon Hatsadik Rav Nissim Amsellem zatsal (disciple and brother in law of Baba Sale zatsal). It carries on the name of our saints and revered Rabbanim, Rabbi Yaacov Abih’ssira zatsal and Rabbi Israël Abih’ssira “Baba Sale” zatsal. The synagogue aims, since its creation in 1994, to teach and spread the Thora. This center of prayer and study- in the heart of the neighborhood of Har Nof- ensures a minyan before Nets (sunrise). It has one goal, perpetuate and disseminate the teaching of our revered Rabbanim in the holy city of Jerusalem.

Its survival, in extremis, was possible only after raising the necessary funds–thanks to a loan- that prevented the premises from being sold and transformed into apartments or other commercial premises. However, we now have to face problems of advanced disrepair that obligate us to undertake an expansion and total renovation of the synagogue: Walls to destroy and rebuild, piping to replace, stairs, doors, windows, heating and air conditioning installation, painting, coating, flooring, furniture… Everything remains to be done.

This noble project includes the creation of a Beth Hamidrash center of study named “Shaare Nissim” in the memory of the Tsadik Hagaon Rav Nissim Amsellem Zatsal. Our goal is to perpetuate the spreading of the Thora and the teaching of our masters in Jerusalem.

Participate in this wonderful Mitzva!