HACHEM save his people 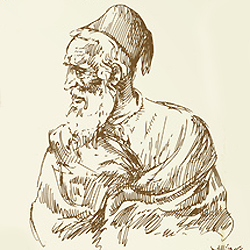 The story of Purim takes place after the destruction of the Temple and is therefore not mentioned in the Torah. This Holiday refers to the liberation of the Jewish Community exile in Persia in 480, thanks to Esther’s bravery. Deported to Babylon with all her family, Esther will become an orphan and will therefore be adopted by her cousin Mordehai. She charmed the King of Persia, Assuerus and marry him, not long after. Hamman promoted as a dignitary of the palace demand that everybody bow before him, but Mordehai refuses. Learning that Mordehai is Jewish, Hamman takes this as a reason to exterminate all the Jews of the Kingdom, in his totality, by sending a royal decree for the 13th of adar. Mordehai warns Esther of the great danger for the Jews and tell her that the help of her husband the King Assuerus, can save them. This is what she does risking her life. She then reveals her origins to the King Assuerus and explains to him the plan of extermination of the Jews from his kingdom planned by Hamman.The King taking side with Queen Esther, promulgates a new decree allowing the Jews to defend themselves. The day chosen for the extermination of the Jews knows a turnaround of situation: the enemies are destroyed. Thus, Esther saved her nation. Purim means ¨fate¨ given that the date on which the Jews were to be exterminated was chosen at random, by drawing lots. 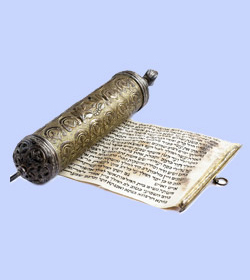 On Purim, we read the Meggilat Esther (also called the scroll of Esther) written on a manuscript. This reading (or the listening of this reading) is an obligation for everyone to remember the courage of Esther on this day. It is a perpetual practice, on the 14th of Adar for the inhabitants of small towns and villages and on the 15th of Adar for the fortified cities in the time of Joshua (not to diminish the statue of Jerusalem, whose walls were in ruins in the time of Esther, compared to that of Susa). The Talmud obligates even the women to the reading of the Meggilah, because it is by a woman that the miracle happened. The reading must be done not only on the day of the 14+ (or 15) Adar but also on the evening before.

THE MITZVOT OF PURIM 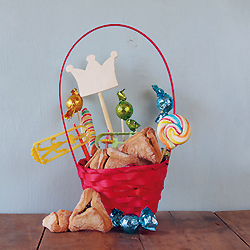 On Purim, we offer food gifts, called in Hebrew ¨Mishloah Manot¨. Usually the children bring the gifts from house to house thus playing the role of messengers. We have an obligation to offer a minimum of two-food gifts-mishloah manot. They are garnished with drinks, cakes, fruits and other sweets. During this holiday of sharing, it is our duty to make donations to the needy people. It is a great Mitzva during Purim to multiply gesture of Tzedaka according to possibilities, as mentioned in the Zohar Hakadosh (Parashat Beshalah). You can send your donations to Tsidkat Eliaou 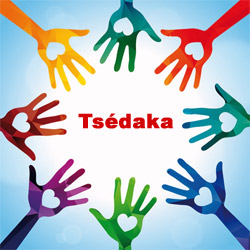 On the day of Purim, in the early afternoon, a meal which aims to be a feast, is organized and lasts for a long time throughout this joyous day, bringing together families and friends. A culinary tradition, which persists over the years, consists in eating originals pastries representing the ears of Haman. Finally everyone disguises in order to remember that the miracle of Purim remained “hidden” unlike- for example- the miracles that the children of Israel saw when they left Egypt. Even if the name of G-d is not quoted in the Megillah it is the ALL POWERFUL that saved us from the extermination planned by Haman

Send us your donations “Matanot L’eviyonim”
And allow the needy of Jerusalem to perform the Mitzvot of Matanot Laevyonim,
Mishloah Manot, and the “Mishte” of Purim in joy !

Thank you also especially for the children of our needy families.

This article is subject to copyright with all rights reserved. - Please click here to read more