How to acquire the weapon of victory ?

Rav huna brings in the name of Rav Binyamin son of Levy: “Here is a parable: One day a king told his son,” Go faraway to trade”. He replied, “I am afraid of robbers and pirates”. What did the father do? He took a stick, dug it, introduced an amulet inside and told his son, “Take this stick with you and don’t be afraid of any creature.” So, the Creator said to Israel “Study the Torah conscientiously and you will not fear any nation”. Midrash Rabba (Kedoshim, 25, 1). 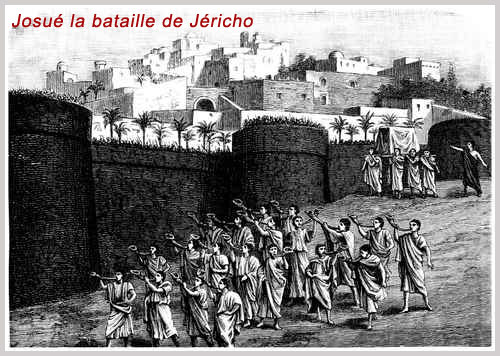 « Joshua facing Jericho looked up and saw a man standing in front of him. Joshua said, “Are you one of us, or one of our enemies?” “Not at all, he replied, I am the chief army of God, now I have come” (Joshua 5, 13-14). Our Sages explain: Joshua asked the angel if he came because they had not offered the daily sacrifice the day before, or because they had neglected Torah study that night. The angel answered, “Now I have come”, because of the carelessness in Torah study of tonight. For this reason, “Joshua went that night in the valley (emek)” (Joshua, 8, 13). He spent the night studying the depths (umka) of the law. (Meguila, 3). We learn that even during war, on the front, we must not neglect the holy Torah study » .

Rashi explains the last verse of the second psalm: “Nachku bar par zirzou”, by “arm yourself with a pure heart”. Rashi understands the word nachku corresponding to nechek, weapon. Indeed, the word he uses in his explanation, zirzu is the world that Onkelos uses to translate: “He armed his followers” (Genesis 14.14), vezariz.

Thus, we learn that a pure heart is a powerful weapon. In the Path of the Just it is reported that King David prayed, “I pursued my enemies and overtook them, I did not turn back till they were destroyed.”

Neither Hezekiah, nor Josaphat, nor Assa have expressed such a request: Their heart was not entirely pure, and it is impossible to ask for the extermination of the enemy when not very pure yourself. “I will wash my hands in innocence, and go around Your Altar.” (Psalm 26:6)

Integrity is the right preparation for prayer and war, only then “God will fight for you; and you have only to be silent” (Exodus 14, 14). “When you go out to war against your enemies, God will hand him over to you”. (Deuteronomy 21:10).

The question is then evident: “your enemies” is a plural, so why does the verse end with “hand him over” in the singular? That’s because, to go out to war, it is first necessary to defeat our inner and personal enemy, the evil inclination. Therefore, there is two enemies. Similarly, as regards the victory, “God will hand him over to you” ‘him’ meaning the inner and personal enemy. Only then follows the verse “you will take them as captives” and you will conquer the enemy from outside.

The only way to go out to war, whether against the enemy from within or from without, is by studying Torah conscientiously. Only then, “you will not fear any nation”. The army that takes action through natural means is of course necessary. Nevertheless, the main preparation remains for the Jewish people what we learn from this verse “Joshua went that night in the valley”, he spent the night studying the depths of the law.