Shavuot - The giving of the Torah 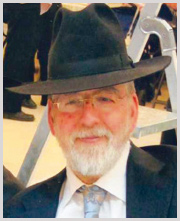 From Thanks to these holidays, the nation reimmerse itself into the exhilarating atmosphere of its origins and, by once again going through these successive stages, draws new moral and spiritual forces every year from the very sources of its creation.

The annual cycle starts by the holiday of Pessah, dedicated to the rising love of Israel and his G-od, which blossomed the germ of its national existence. This holiday correspond to the initial phase, inaugurated by Avraham, the father of the believers, moved by his infinite love of G-od and human beings  (חסד).

Shavuot, the holiday of weeks, marks the second stage. Shavuot commemorates the vow of eternal obedience by which the nation accepted the Law of Sinai. It corresponds to the phase of Isaac, who added to the ardent love of the first patriarch the necessary complement: absolute obedience to divine orders, as he made it manifest by tying his body on the altar, to sacrifice his person to G-od. This unconditional self-discipline became the second characteristic  (דין).

As for the seven stage of King David, it is still waiting for its final realization. The “Holiday of David” will be celebrated at the coming of Mashiah, son of David who will establish the kingdom of G-od (מלכות). “It is on this day that I will raise David’s unsteady tent, I will repair its breaches, I will restore its ruins, I will rebuild it as in the olden days.”  (Amos 9,11).

According to the Kabbalist Rabbi Moshei Cordovero, these seven stages of the Jewish history come from the fundamental elements of the system of Sefirot from the Kabbala, which range from  חסד to מלכות and mark the degrees of evolution of creatures. The three Sefirot, spheres of pure spirit emanation, precede them and are as well, reflected in the annual system of our holidays. They find their expression in holidays that do not come from historical events, but dedicated to our spiritual growth.    (Pardes Rimonim  21,10). 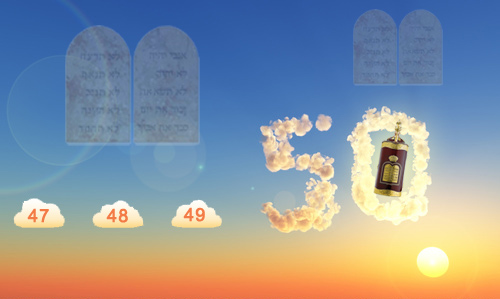 The prescription concerning the isolated woman, called nidda also begins with the words   וספרה לה, “she will count for her”.

Our Sages drew the following conclusion. The children of Israel needed a time to liberate themselves from the Egyptian impurity they had contracted by living among the goyim. Like a nidda woman, they had to purify themselves by an abstinence sevenfold (of weeks, due to the extreme gravity of their impurity). Only then, they were able to reunite with Hashem. It is the night of Shavuot, which is dedicated to this holy union. Hence, it is mark in our days by the custom of staying awake that night.

Likewise, it is said, “When the dew fell by night on the camp…” (Numbers 11, 9). As for the immersion in the water, symbolized by the mikve, it is represented by the bath of Torah, in which we “soak” during that night. Thus the seven weeks have to help us get better. The holiday of Pessah was given to us free by G-od, but once this gift received, it is for us to climb up the forty-nine degrees of impurity, and there is in return forty-nine degrees of purity. We ascend them one by one and think by each movement of the degree of purity understood in these days according to the teaching of the Kabbala.

Having come to this end, we have accomplished the Mitzva that makes us worthy of receiving the Torah once again. We have used the freedom received on Pessah and fill it with content, which makes us deserve the holiday of Shavuot.

These preparations are indeed first of all an act of purity exercise in the fear of G-od. That is why we celebrate Shavuot at the end of the forty-ninth day, the 6 Sivan, even though the Torah was given according to Rabbi Josei on the seven of Sivan. The raison for this is that the day represents the long preparations that we take upon us to welcome the Torah and embodies the principle of G-od’s fear. This prerequisite is an introduction to the Torah ראשית חכמה יראת ה׳ (Psalms).

“And we shall proclaim that same day that it shall be a holy convocation for you, and you shall not do work.” (Exodus 23,21)

This is the only reference to the end of the seven-week period as a public holiday. The Torah does not speak about Shavuot as the holiday of the enactment of the Torah, neither here nor nowhere else. It has been answered on this question that the Torah, as a metaphysical work, does not tolerate fixation in the dimension of time and space. As well as the date of its enactment is determine only by approximation, also is the exact place of its gift surrounded by mystery. It cannot be established which of the six or seven of Sivan is the exact date of the enactment because Moshe added on his own accord another day, and the only certainty that we have about the place is that it is located in the desert, land that belongs to everyone.

According to the Midrash the Torah is compared to the soul in the human body: it cannot be precisely located. Like the soul it does not require nor an emblem or an external sign, nor solemnity, nor even the indication of the day that it was bequeathed to us. (Midrash on Psalm 103)

Tsidkat Eliaou is organizing a large distribution of Shavuot baskets for the needy families of Jerusalem. Take part in this noble Mitzva!

This article is subject to copyright with all rights reserved. - Please click here to read more