Why giving Tzedakah?
Powers and wonders of Tzedakah

Giving Tzedakah, helping our brothers in Israel is, above all, showing our unity! Media, international authorities do not miss an opportunity to criticize Israel, to judge Israel, sometimes to delegitimize it, thus, resulting in the weakening of the country and its economy. Unfortunately the first to suffer of this situation are the poor … Every act of Tzedakah enables to restore this injustice and shows that the Jewish people, despite its different components and sensitivities, are always united to face the challenges and attempts of destabilization..

A DEFENDER FOR LIFE 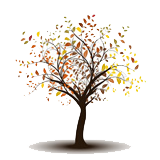 ”Whoever is kind to the poor lends to God, and he will reward them for what they have done” (Proverbs 19:17). Rashi explains that when this generous benefactor will become sick (even so close from the death), this Tzedakah will plead before the heavenly throne in his favor and will say ” With this generous act of generosity I helped the poor by enabling them to survive, let it be done the same for this patient, and grant him life. ”

Tzedakah is a specific force comparable to the Torah’s study: any fault or breach cannot turn off or delete this mitzvah. On the other hand, our sages – of blessed memory – have explained that the letters which compose the word “pecha” (fault) are the same letters which compose the word “chefa” (abundance), to say that whoever multiplies Tzedakah repair his faults (Rabbi Yaacov Abouhassira, Guinze Hamelech). In Rosh Hashana Musaf prayer, whereas God judges all of us, our sages remind us that three things can change the divine decrees: Teshuvah (repentance), Tefillah (prayer) and Tzedakah (charity)..

It is said that in the same way we behave with our neighbour, then God behaves with us. If we listen to our brothers’ pain then Hashem will be more inclined to listen to ours. Let us give to receive...